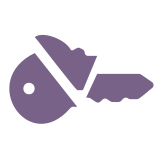 Shatter Secrets uses strong cryptography to distribute “shares” of a decryption key to people on the other side of an international border so as to technically prevent their compelled disclosure. Existing approaches are subject to subtle weaknesses in their protocol, such as allowing border agents to intercept secrets during transmission, or employ social engineering against remote confidantes.

Shatter Secrets uses threshold cryptography so that some minimum number of designated secret keepers must meet physically in person at the destination before the protected information can be recovered, with special care taken in its design to prevent common compulsion techniques and social engineering vectors.

Open Privacy wants to conduct work in partnership with journalists and activists in Iran, Venezuela, and Zimbabwe, with a focus on user research to explore their needs, workflows, and use cases, as well as subsequent evaluation of Shatter Secrets.

Shatter Secrets was adopted by Open Privacy in September 2018, and has been the subject of 1 grant proposal. As of 2019 this project remains unfunded. Please Donate to reduce the potnetial harm of carrying sensitive data across borders.